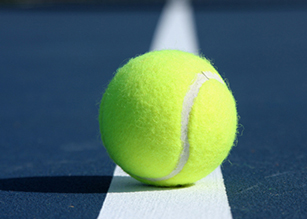 I hope you all are safe and well! I just wanted to touch base and give you an update as to where we are in CTA league play. The latest information I have received for opening of the public courts is as follows:

City Public courts will be unlocked for casual play on Monday June, 15. Everyone is asked to follow USTA safe play guidelines.

Champions Club is planning on reopening on June 22. The facility will have a phased resumption of play. Phase 1 is for casual play with every other net being removed and the clubhouse will be closed. Benches have been moved and sanitizer will be available. Courts will be given out on a first come first serve basis. Phase 2 will add back some courts. Phase 3 will see the clubhouse reopen. Phase 4 will see the facility fully opened based on health and safety guidelines in place at the time.

It is highly unlikely that any organized play will be allowed prior to late August as gatherings of more than 50 people are not currently being allowed.

Unless the above information changes, CTA Leagues will not resume until Fall. I will be in contact around July/August to poll interest in teams to start play the week after Labor Day.

Thank you and please let me know should you have any questions.